Dear Misfits,
We met last Wednesday evening [June 9th!] to discuss Tolstoy’s morally compelling short novel, The Death of Ivan Ilych.  The moral agenda that drives the narrative of the story made the Misfits at the meeting question the way we ourselves have been living, and perhaps, measure our own lives against the model of “proper” versus “right” living presented in the novel.  Brotherly love, mutual support, and Christian charity emerge as the dominant moral principles of the novel.  As his agonizing death and final moments draw near, Ivan Ilych finally begins to realize the true meaning of life.  He comes to accept his death and achieves an understanding of the forgiveness necessary to die as a Christian.
This is not a novel for those who, as is common today, ask for and desire a quick death.  Misfit Tom Loome noted that in earlier times, all Catholics prayed to be spared a quick or sudden death!  He read from the second part of the pre-Vatican II Litany of the Saints which uses the cry of "Be merciful to us, spare us O Lord; Be merciful to us, graciously hear us O Lord". He then enumerated the ills from which we hope to be delivered, chief among them being a “sudden and unprovided death”.  He also noted that the modern Litany no longer includes prayers to spare us from the scourges of “plague, famine, and war”. 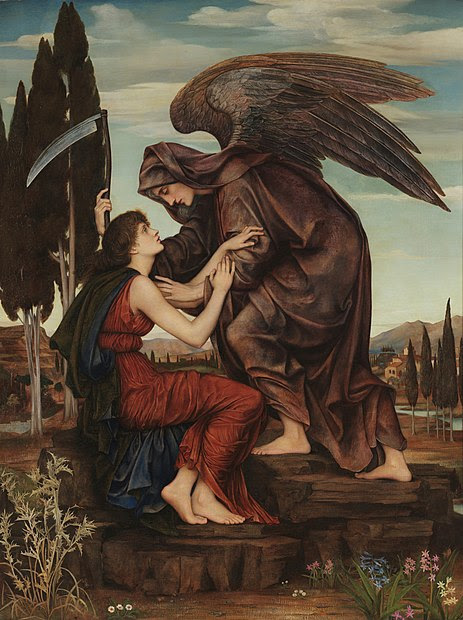 Conclusion:  The Death of Ivan Ilych is highly recommended; Tolstoy at his best!
Now to the books we plan to read over the next three months:
July, 2010:  A change!  We will continue our summer exploration of great short story collections by reading Dostoevsky’s The Gambler and not Notes from the Underground.  We have decided to pass on Notes from the Underground and read instead The Gambler which has a stronger narrative and story line.  The Gambler can be found in The Great Short Works of Fyodor Dostoevsky (Perennial Classics) available from Amazon for $12.47.
August, 2010:  We will pay homage to the recently deceased Ralph McInerny by reading one of  his Father Dowling detective novels, The Prudence of the Flesh.  As described by the Library Association, “Catholic priest Father Dowling is back to solve his twenty-seventh mystery. Here he works behind the scenes to help clear a former classmate, Gregory Barrett, who has since left the priesthood, of the charge of sexually abusing a child. Barrett denies the charges, but the evidence mounts against him. The history of these types of abuse allegations--and the church's response to them--is woven throughout the story. Multiple points of view move the plot along, even with the somewhat detached writing style. As always, the frame of Catholicism and parish life add interest and authenticity to the novel.”   Definitely a topical read!
September, 2010:  We now go back to Brian Moore who we read in August, 2006 (Catholics).  This time we will read his historical novel, Black Robe which describes the French attempts to colonize the wilderness that was early Canada. “The Jesuits who accompanied the French saw the Savages (as they called them) as souls to be saved. The natives saw the Black Robes (as they called them) as destroyers, threatening the gods and sorceries by which their lives were ordered. Out of that conflict between two cultures, two worlds, Moore has fashioned an extraordinary novel.”
So, that should keep us busy reading the great books of our Catholic literary tradition through the summer and into the early fall.
Warmest regards,
Misfit Buzz