Real books are better than Kindle, by far, really far. By real books I mean the physical (2 covers and paper pages in between them with printed words) book. The real book is found on shelves in the living room, the reading room, the study, the hearth room, the classroom, the pastor’s office, and the library. The contents of many real book are now available on Kindle. However, we handle books daily that will realistically never ever be scanned for Kindle and these are important books. They are important for at least two reasons. First off they are important for their content. We handle wildly obscure books with scholarly substance (like this one: The Union of Uzhorod). Secondly, they are important for their provenance. Eight years ago we handled 50 or so books from Tolkien’s personal library. Most of them contained his signature. Several of them contained his extensive notes. Kindle could never reproduce the individualized copies of books like these. It mass produces generic copies of books. Kindle is for readers what Wal-Mart is for shoppers – generic and of low quality.

All of this demonstrates that Kindle tends to Reading Myopia. Kindle circumscribes the reader’s world to what can be mass produced. Real books tend to Reading Sophia. Real books put you in touch with real people and real history and if read well, lead to wisdom.
Posted by Christopher Hagen at 10:29 AM 1 comment:

The Devil in our hearts or our pockets 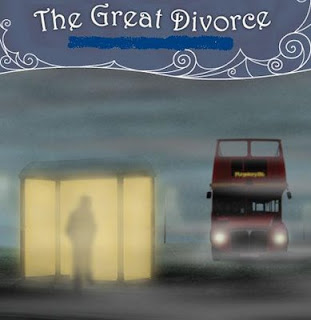 The latest from the Misfits below:

"We met last week to discuss C.S. Lewis' intriguing book, The Great Divorce. The novel is subtitled, A Dream. The action in the novel takes place as a fable wherein the writer finds himself in Hell boarding a bus bound for Heaven. Or is the bus leaving Purgatory? We weren't certain about that. You will have to decide for yourself when you read Lewis's wonderful allegory.

Lewis says that he wrote The Great Divorce to confront the author, William Blake, who he considered to be greatly wrong in his denial of an atonement for sin and a final judgment. Lewis in fact, derived the title of his novel by changing the title of Blake's 1790 book, The Marriage of Heaven and Hell to what Lewis believes is The Great Divorce between heaven and hell. Lewis believed that Blake was terribly wrong in asserting "mere development or adjustment or refinement will somehow turn evil into good without our being called on for a final and total rejection of anything we should like to retain." Furthermore, Lewis considered Blake's "theology" in The Marriage of Heaven and Hell a "disastrous error". He thought Blake to be grievously wrong in asserting that, given enough time, all roads will eventually lead to a right path e.g., heaven. This fact, Lewis amply demonstrated through the characters one encounters on the imaginary bus that travels between Hell and Heaven.

In the novel, Lewis used the writing of George MacDonald (1824-1905) to help refute Blake's assertion that all will get to heaven given enough time. MacDonald asserted that "There is no heaven with a little of hell in it--no plan to retain this or that of the devil in our hearts or our pockets. Out Satan must go, every hair and feather." Lewis agrees with MacDonald and asserts "If we insist on keeping Hell (or even earth) we shall not see Heaven; if we accept Heaven we shall not be able to retain even the smallest most intimate souvenirs of Hell."

In the end, the Misfits at our meeting declared that The Great Divorce is a wonderful allegory with sound Catholic theology (even though Lewis was Anglican). We highly recommend the book if you haven't read it.

Our August book is Roger Lancelyn Green's classic retelling of The Adventures of Robin Hood. It is a story of social justice and outrageous cunning but also of thievery...we will have to talk about that! It is set in twelfth-century Catholic England and pits Robin and his men against the cruel power of Prince John and the brutal Sheriff of Nottingham. Robin takes refuge with his Merrie Men in the vast Sherwood Forest, emerging time and again to outwit his enemies with daring and panache.

For September, we are going to read The Death of a Pope by Piers Paul Read. I have read three previous books by Read...he is an excellent author and he is professedly Catholic. Misfit Brad Lindberg has read the novel and recommends it highly. Here is what Ron Hansen, author of Exiles, says about the book: "Piers Paul Read has managed to combine sheer storytelling power with great learning and insight about the inner workings of the Church to fashion an entertainment of the highest order. If John LeCarre took on Vatican politics, his book of suspense might aspire to be much like this one." It is available from Amazon for $14.93 in hardcover [and will be available from Loome Theological Booksellers by the middle of August].

In October, we will return to one of our favorite authors, G. K. Chesterton, when we will read Manalive. As one reviewer observes, "In this long-hidden yet highly entertaining classic, author G.K. Chesterton shows readers, through the delightful story of a windy evening with the mysterious Mr. Innocent Smith, the soul-refreshing secret of the love of life itself. While readers are unlikely to emulate all the adventures of Mr. Smith, each of us can recover the innocent joys we knew or hoped for when we were younger by learning from Smith's 'radically sane' philosophy."

But there is another reason we are reading Manalive. It will help prepare us for viewing the movie Misfit Ahlquist and crew have been busy filming! Misfit Ahlquist's movie, Manalive, is projected to be released in the fall...go to http://manalivethemovie.com/ for details of the movie, "trailers", news, etc. Wow! One of our own Misfits is a real movie producer! Who knew? Now we all do! 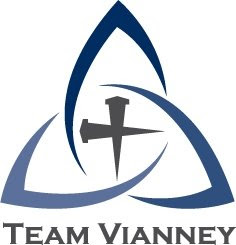 Last week's blog post generated quite a discussion over at Fr. Z's blog. A few of the furtive seminarians even commented on the story and added their own anecdotes. The legend of Loome Theological Booksellers grows!
Also, as Fr. Z points out, read Fr. Baer's comments about the present formation of seminarians at St. John Vianney seminary in St. Paul.
Read well!
Posted by Christopher Hagen at 9:42 AM No comments:

St. Louis Archbishop Robert Carlson once saved Loome Theological Booksellers from the "out with the old, in with the new" spirit of Vatican II hardliners in the Archdiocese of St. Paul/Minneapolis.

After listening to Dr. Loome recount his story I began to wonder just what "retrograde" and "conservative" books raised the ire of the Assistant Chancellor to such a degree as to issue the edict. Perhaps it was some of these*:


SCHULTE, A. J. & O'CONNELL, J. B. Consecranda. The Rite Observed in Some of the Principal Functions of the Roman Pontifical and the Roman Ritual. New York: Benziger Brothers, 1956.
8vo, x + 246pp. Text in English and Latin. Beautiful gilt leather with d/j. One marker ribbon. Interior text clean. Minor browning to endpapers. All edges orange. Binding tight.

Thank you Chancellor Carlson for saving Loome Theological Booksellers. May God bless your ministry to the good people of St. Louis.