Independent booksellers have been watching the ongoing book price war with a mixture of horror, opportunism and amusement. Let us recap. 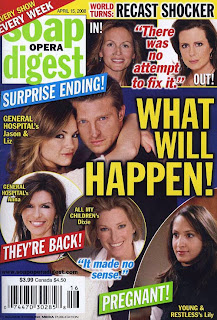 Walmart is jealous of Amazon's success and beauty. It lowers the price of hot, November book releases to $10.00 hoping to lure customers into it's cheapened embrace. Amazon, no shrinking violet, responds by matching the price. Walmart stoops to $9.00. Amazon straightens its hair, puts on some lipstick and matches the price. Target, feeling the need for a love triangle, jumps into the plot. $8.99... $8.98...

The American Booksellers Association smells treachery afoot. It complains to the U.S. Justice Department about predatory pricing. Wily independent booksellers waste no tears crying over the hordes of customers who will flee to the arms of the big E-Tailers. They plot to buy up the massively discounted books and turn a tidy profit. The Big Three fire back by restricting the number of discounted books a customer can buy. All the while, the doting publishers, who raised their books to have dignity and self-esteem, worry the books will be devalued by fickle customers.


The way Richard Goldman sees it, his independent Mystery Lovers Bookstore and the big retailers that happen to sell books aren't close to being on the same page.


"Our customers are not their customers," he said... "For some people, price is important, and I respect that, totally. For some, ambiance is an important thing, supporting your local businesses," said Mr. Goldman, who runs the cozy Oakmont shop with his wife, Mary Alice Gorman.

Independent booksellers can also offer a level of customer service the retail giants can't. The 1998 romantic comedy, You've Got Mail, pits an independent bookseller, Kathleen, against the big box retailer, Fox Books. (And yes, she falls in love with the dashing CEO of Fox Books.) An excerpt from the movie script:
We field similar requests at our store.

"Certainly, might it be Damien the Leper by John Farrow?"

This is why we choose to view the price war with amusement.
Posted by Cathryn at 5:05 PM 1 comment: 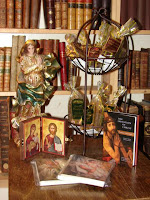 Featuring an Art Show of original works by Catholic Artists and a concert by the St. Agnes Chamber Choir 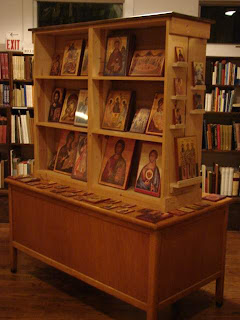 Renaissance polyphony sung from the highest balcony. Massive original oil paintings on display. Vibrant original icons tucked among shelves of theological books. Caramels made by Trappestine nuns. This Sunday will be a Catholic cultural event for families, priests, and friends alike. You're going to love it. Please join us this Sunday for our grand opening event.

- Christopher and Andrew and our fine colleagues.

Tell a friend about it too!

The Saint Agnes Chamber Choir, a group dedicated to singing the masterpieces of the High Renaissance, performed for the first time in 1986. In 1991 Donna May became the director of the Choir, and in 1993 the Chamber Choir began to sing the anticipatory Mass of the 1st Sunday of each month during the regular Twin Cities Catholic Chorale season (Oct. - June). The Choir's repertoire includes more than a dozen Renaissance Masses and scores of polyphonic motets, both of Renaissance and contemporary composers.

Nationally known artist, Mark Sanislo, began his distinguished art career as an accomplished commercial artist and photographer. A work history that would later enhance his portrait career. After several years, Mr. Sanislo decided to go into business for himself, building a business that included two art galleries with several artists working in the busy resort in northern . For ten years Mark's talents received wide acclaim for his quick renderings of vacationing families.

Mark Sanislo is also recognized nationally for employing his portraiture to religious art. Leaders in the church whom Mark has painted include Mother Angelica, Founder of The Eternal Word Television Network, Archbishop Harry Flynn and former Archbishop John Roach of the and Saint Paul Diocese. 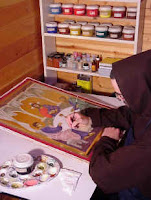 Under a special arrangement with Fr. John Mary of the Carmelite Hermitage of the Blessed Virgin Mary in , we will be allowed to display a selection of Br. Christopher's icons for one afternoon only, Sunday November 15th.

More than an art form, icons beckon us to a spiritual encounter as their characteristic two-dimensional aspect draws us into a unique and immediate intimacy with the sacred subjects portrayed. It is our hope that by contemplating these holy images you will grow ever closer to the beauty that can be found only in God and His heavenly Kingdom.