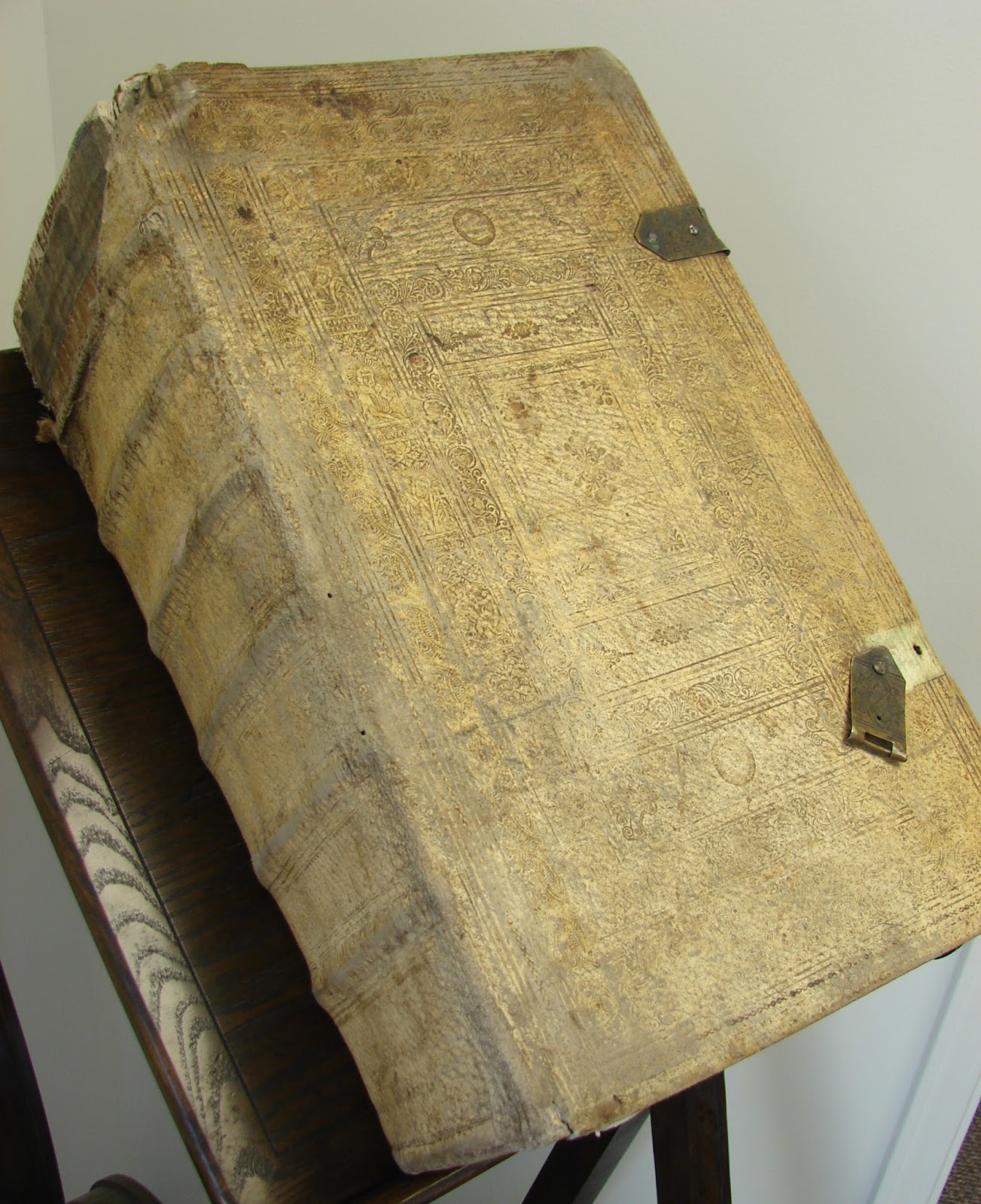 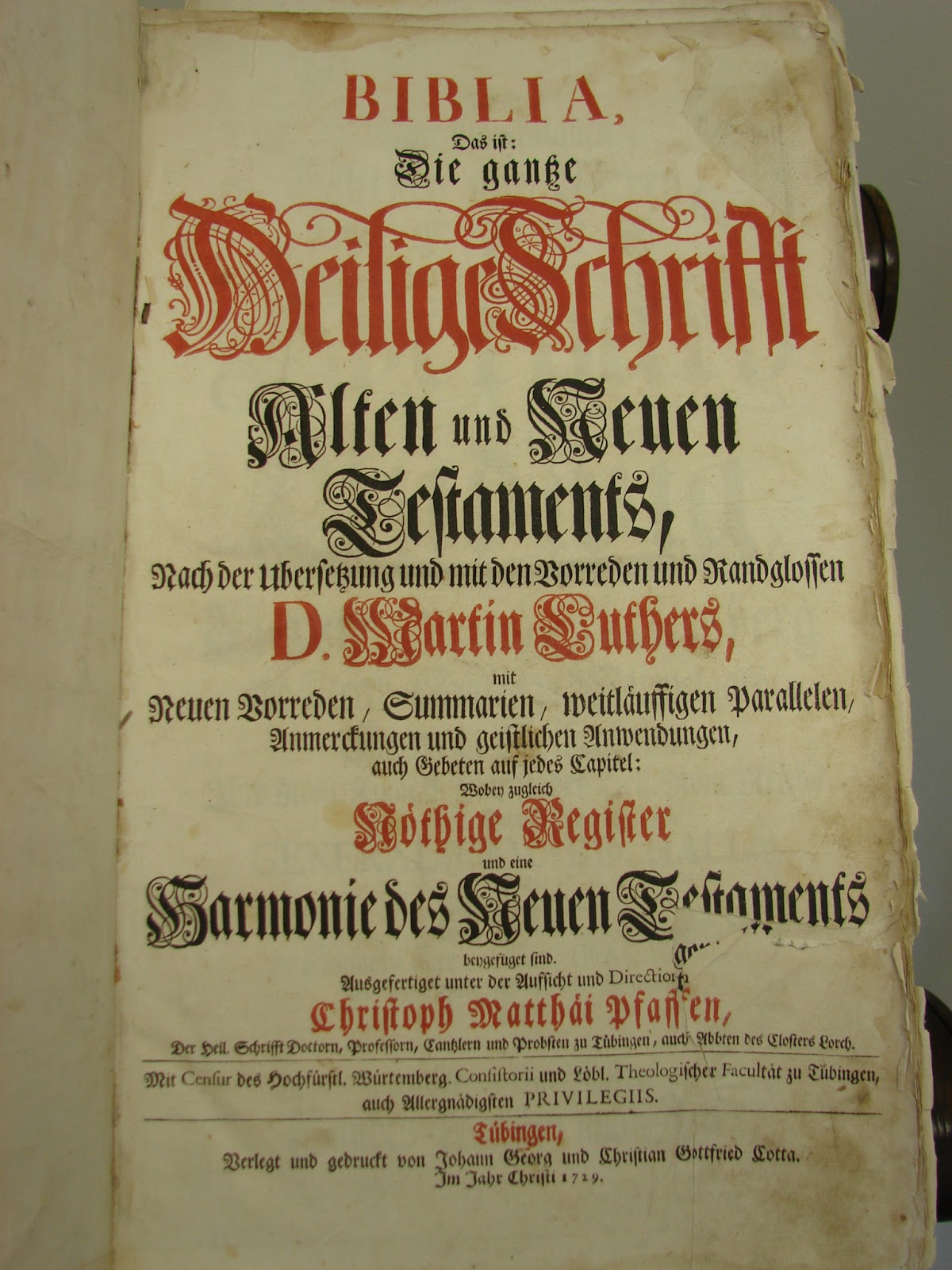 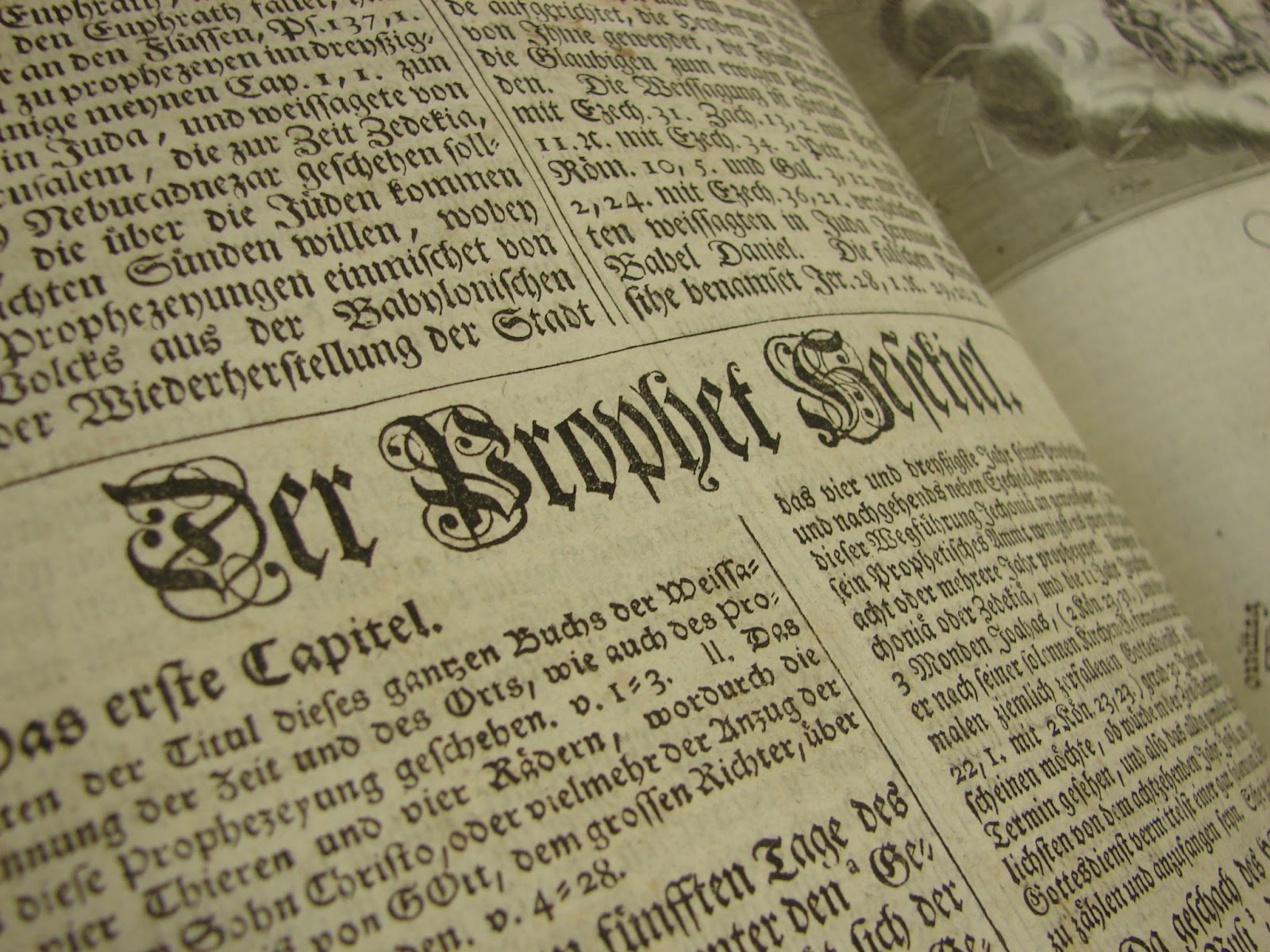 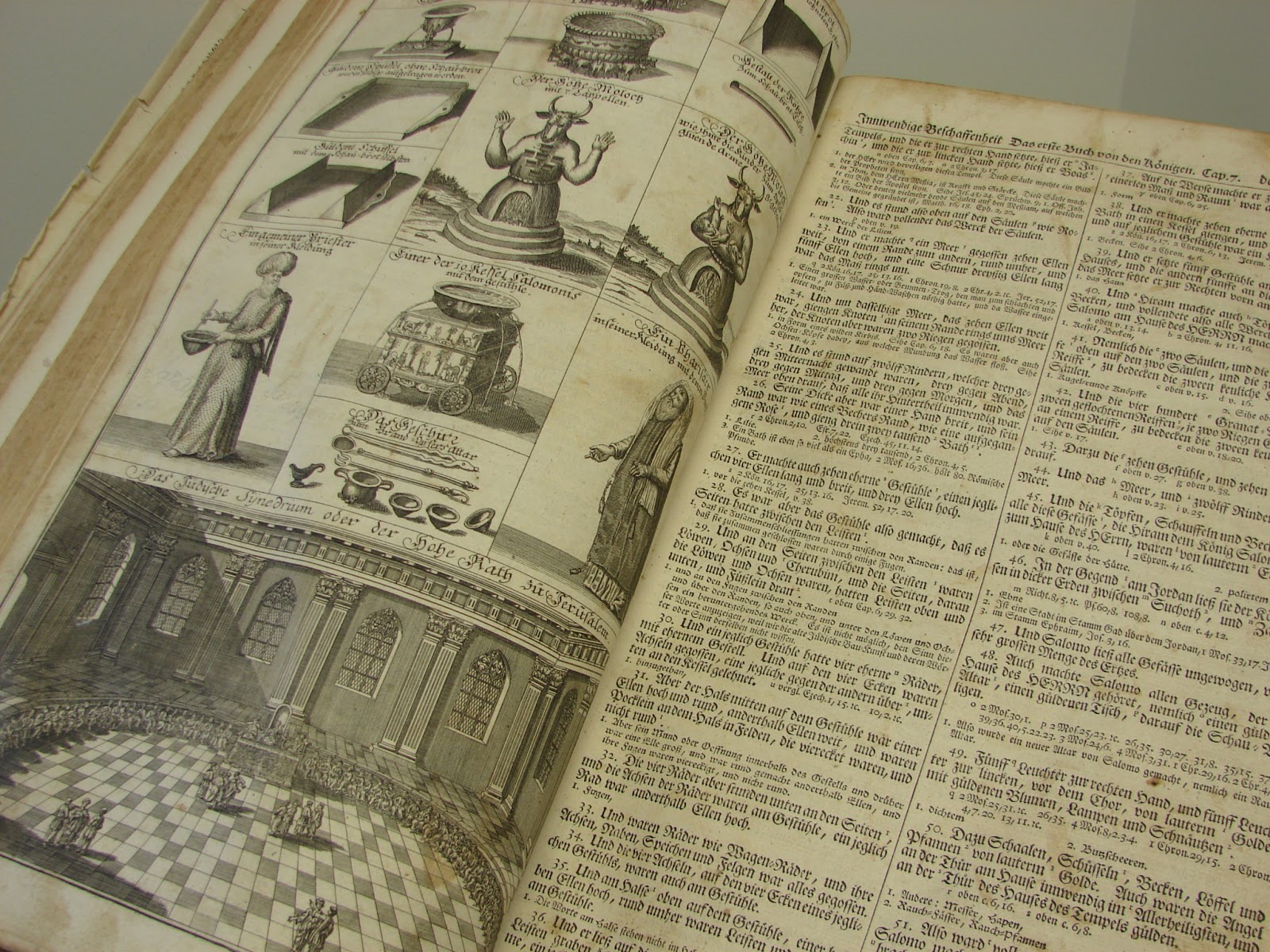 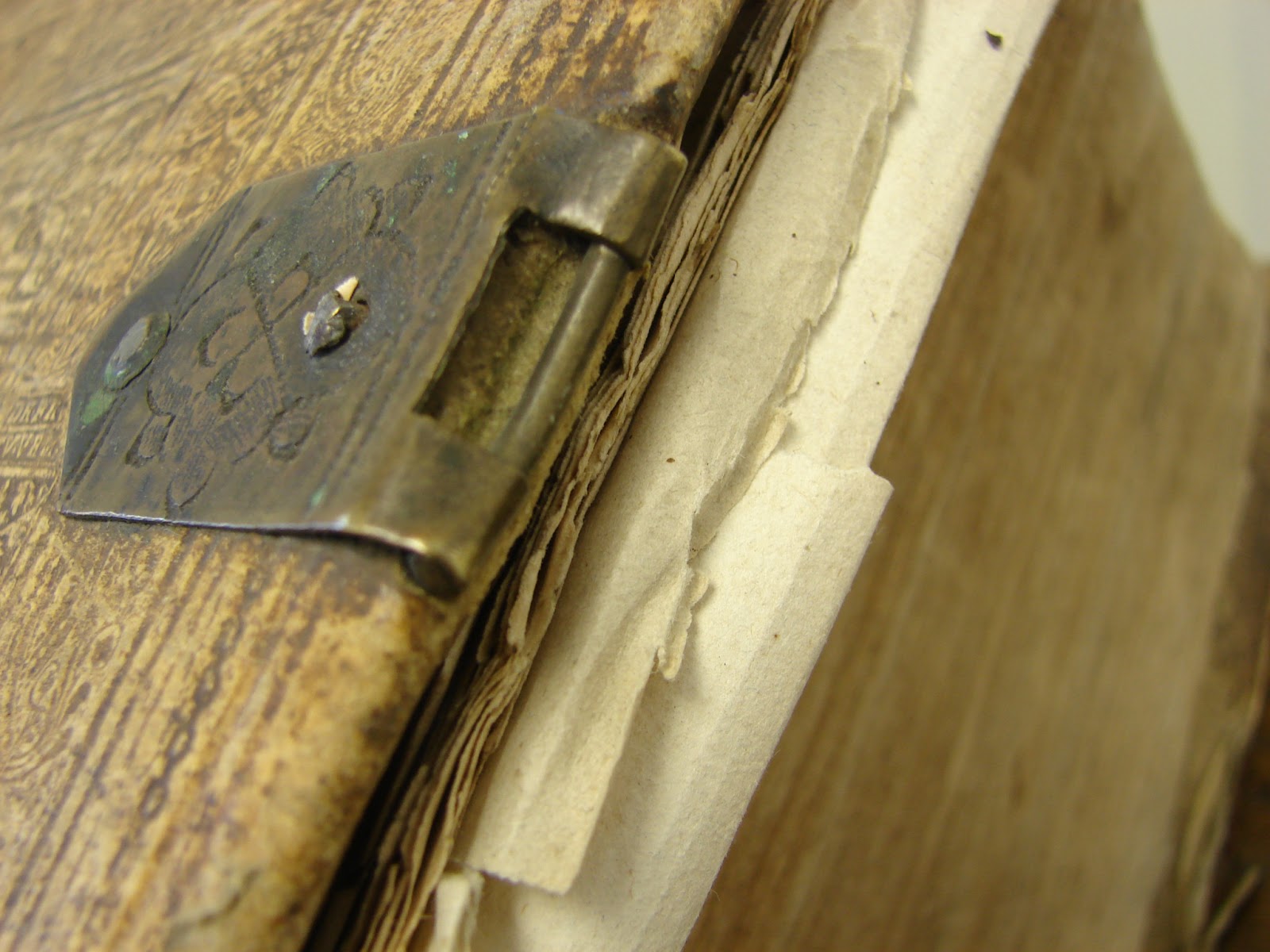 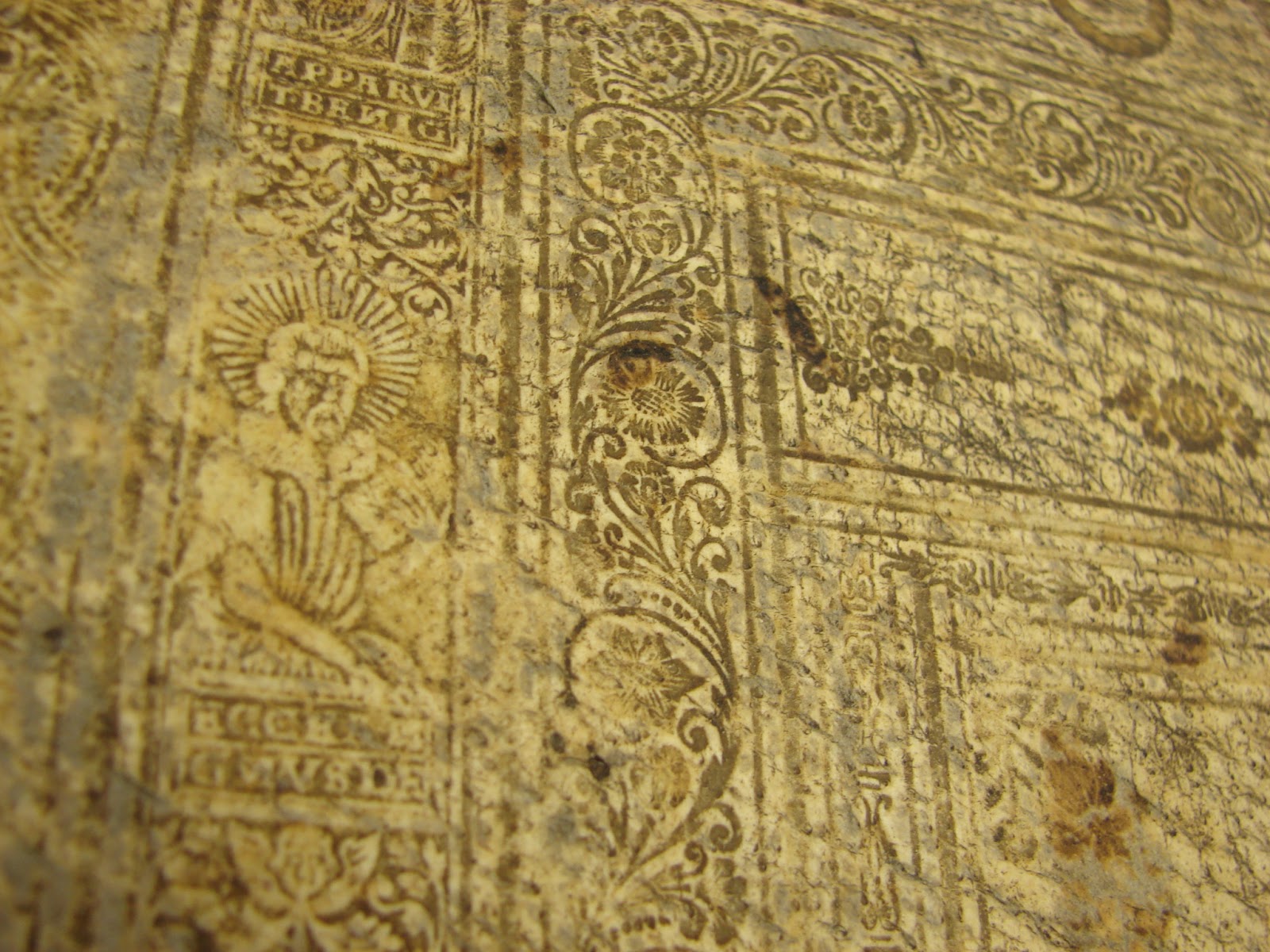 
In case you didn't get that, it is, to translate the German loosely: The Bible, that is: The entire Holy Scripture, Old and New Testaments [--the whole thing folks!--] with translation, preface, and marginal notes by Dr. Martin Luther, with [lots of other helpful information by others] under the direction of Christoph Matthäi Pfaffen.

Here are some fun facts about the book: 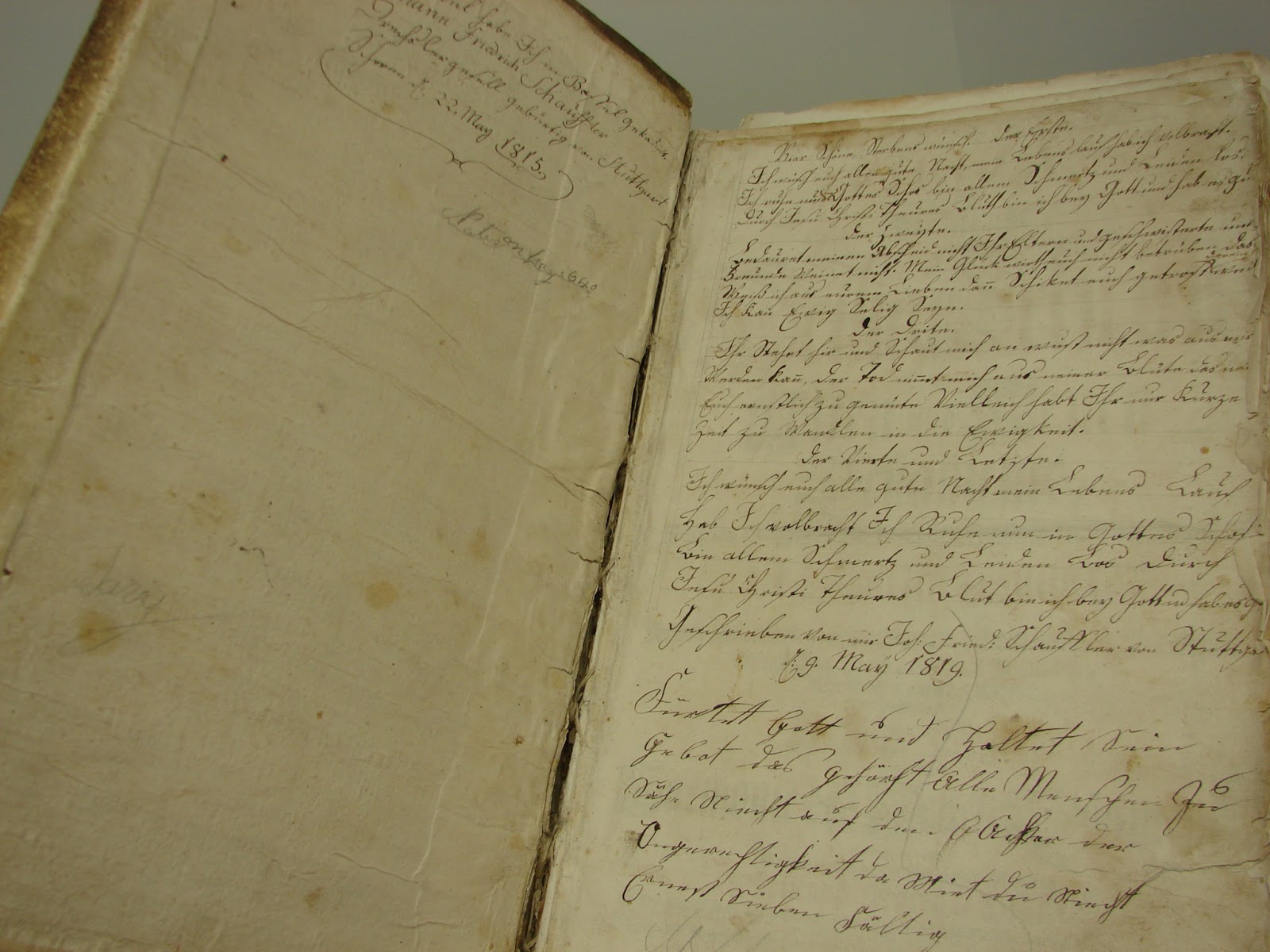 This rare and beautiful book is available for sale on our website at the following link:
https://www.loomebooks.com/StoreWant.cfm?BookID=56628

I now report the end of another year of reading the wonderful books of our Catholic Literary Tradition. We closed our year with a meeting on 12-12-12.

We discussed  Fabiola or The Church of the Catacombs by Cardinal Nicholas Wiseman. The story is set in Rome in the early 4th century AD, during the time of the persecution of Christians under the Roman Emperor Diocletian. The novel was written in 1854 and remains topical today. Christians around the world are suffering greatly for their faith. In that regard, German Chancellor Angela Merkel recently declared that Christianity is “the most persecuted religion” in the world today. It is so severe that a new word was recently added to our vocabulary: "Christianophobia". The word refers to two different, though related, phenomena:

-The first "phobia" is the anxiety and antipathy that traditional Christianity creates in cultural and intellectual institutions in the West particularly in academia, journalism, publishing, and the entertainment industry. This is the “Christianophobia” to which the Holy Father often refers when he speaks of the growing “hostility and prejudice” against Christianity in Europe.

-The second form of “Christianophobia” is a murderously different thing. In countries like Egypt, Mali, Pakistan, Nigeria, and Syria, Christians are being murdered and forced to leave their homes in record numbers. Churches are being destroyed and Christian villages emptied in violent attacks by Islamists and Muslim radicals. “Phobia” describes this phenomenon, however, “phobia” may be too mild a term: what we are seeing in these places is an anti-Christian genocide.

Yet, as described in Fabiola, these times of persecution strengthen the Church both by the example of those who persevere in their faith and most dramatically, by the blood of the martyrs. We can also contribute by keeping our fellow Catholics in our prayers and in our support of efforts to counter the growing persecution of Christians around the world.

Now to the future: 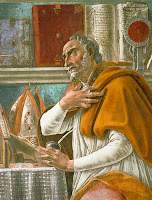 For January and February we will read The Confessions, the autobiographical work of St. Augustine of Hippo, written between AD 397 and AD 398. The work consists of 13 books which outline Augustine's sinful youth and his conversion to Christianity. It is widely seen as the first Western autobiography and was an influential model for Christian writers throughout the following 1000 years of the Middle Ages. It is not a complete autobiography, as it was written in his early 40's. St. Augustine lived long afterwards and went on to write another important work The City of God. However, The Confessions does provide an unbroken record of the development of his thought and is the most complete record of any single person from the 4th and 5th centuries.

For January we will read and discuss the first 7 books of The Confessions.

For February we will read and discuss the remaining 6 books for a total of 13 books for the complete The Confessions.

I  have been reading the Ignatius Critical Edition of The Confessions edited by Fr. David Meconi, SJ and translated by Sr. Maria Boulding, OSB. I think it is a very accessible, excellent translation.  It is available from Amazon in Soft cover.

For March, we will read Marilynne Robinson's highly acclaimed novel, Gilead. The novel won the 2005 Pulitzer Prize for Fiction and was a 2004 National Book Critics Circle Winner. Gilead is the fictional autobiography of the Reverend John Ames, an elderly Congregationalist pastor in the small, secluded town of Gilead, Iowa who knows that he is dying of a heart condition. The novel begins in 1957 as the Reverend Ames explains that he is writing an account of his life for his seven-year-old son so his son will have memories of him after he is gone.

The story spans three generations from the Civil War to the twentieth century. It is a profound examination of the relationship of fathers and sons and the spiritual battles that still rage at America's heart. “Writing in the tradition of Emily Dickinson and Walt Whitman, Marilynne Robinson's beautiful, spare, and spiritual prose allows "even the faithless reader to feel the possibility of transcendent order" (Slate)”. The luminous and unforgettable voice of Congregationalist minister John Ames reveals the human condition and the often unbearable beauty of an ordinary life. The novel is available at Amazon.com.

For April, we will read a novel by Dean Koontz, an author who may surprise some of you.  I've only recently learned that Koontz is a convert to the Faith and a wonderfully articulate one at that.  We will read the first book in the Odd Thomas series (now four novels) called, strangely enough, Odd Thomas. Odd Thomas, who narrates the story, is odd indeed: only 20, he works contentedly as a fry cook in a small fictional California town, The story line of this novel, "like most great stories, runs on character-and here Koontz has created a hero whose honest, humble voice will resonate with many. In some recent books, Koontz has tended to overwrite, but not here: the narrative is as simple and clear as a newborn's gaze. This is Koontz working at his pinnacle, providing terrific entertainment that deals seriously with some of the deepest themes of human existence: the nature of evil, the grip of fate and the power of love." The novel is available at Amazon.

For May, we will read an autobiography that will resonate with and enlarge upon a number of the fictional works we have read on the persecution of Priests and Catholics during Elizabethan England. We will read The Autobiography of a Hunted Priest written by Father John Gerard, SJ. Father Gerard was a remarkable Priest at a time when being a Catholic in England invited torture and imprisonment; to be a Priest was treason as declared by act of Parliament.

Finally, let me wish each of you a joyous Christmas and a very happy and healthy New Year.  I look forward to another year of reading with you and encourage you to submit any recommendations you may have on books you want us to read.  (I have attached an updated list of books we have already read along with a consolidated list of authors.)

“E-readers may bulk out millions of stockings this season.   Yet the works you read on them remain ghostly, intangible files, hard to transfer easily as gifts or loans between readers or (most) devices, thanks to the fences erected around them by "digital rights management". So, however much you adore your iPad or Kindle, why not renew your acquaintance with the joy of the printed volume as a source of festive delight this year….each book a valuable object to have – and to hold.”


A Postcard from the Volcano (February-March 2012)


The Ballad of the White Horse and Lepanto (February, 2004)


The Stripping of the Altars (November-December 2009)


The Autobiography of a Hunted Priest (May,2013)


The Cypresses Believe in God (February-May, 2006)


The Monks of Tibhirine: Faith, Love and Terror in Algeria (October, 2012


Everything That Rises Must Converge (December, 2007)


Fabiola or The Church of the Catacombs (November-December, 2012