We hope you enjoy this very bookish short film, as well as Msgr. Charles Pope's commentary on it, "In Praise of Books".


"Where did we ever think to denote our sounds with the lines and angles and curves we call letters. And where did we think to combine them endlessly into words, phrases a sentences, paragraphs, chapters, books, and libraries. Yet here you and I are now, mysteriously connected through this medium called language and the written word. Somehow these shapes on the screen symbolize reality and light up our mind." excerpted from  "In Praise of Books – A Commentary on a Recent Award-winning Video" by Msgr. Charles Pope.

Misfits: Taking Us Into the New Year

Our meeting last Wednesday was a good one...and very topical given the ongoing turmoil in the Middle East.  We met to discuss The Monks of Tibhirine: Faith, Love and Terror in Algeria, by John W. Kiser. The Monks of Tibhirine is the true story of seven French Trappist monks who were willing to die serving a Muslim flock during the political nightmare that unfolds in Algeria during the 1990’s. The the monks were decapitated after being kidnapped from their monastery in the village of Tibhirine.  It is truly a story of sacrificial love.  The Christian Monks willingly gave their lives for their Muslim friends and for their faith.  The story of the Monks will bring great sadness to some, deep admiration for others, and perhaps, anger at the seemingly senseless violence now being committed in the name of Islam.  Thee book offered no clear cut solutions to the violence and challenges posed by radical/political Islam.  We also were unable to offer solutions to the violence beyond putting this in the hands of our Lord through prayer and petition. 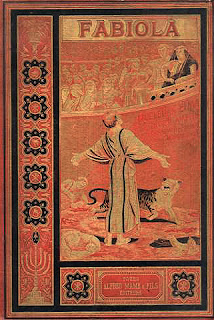 Our November book is Fabiola or The Church of the Catacombs by Cardinal Nicholas Wiseman. The story is set in Rome in the early 4th century AD, during the time of the persecution of Christians under the Roman Emperor Diocletian. The heroine of the book is Fabiola, a young beauty from a noble Roman family who becomes a convert to the Faith. I think the Misfits are going to really enjoy this story of conversion. The novel is no longer in print but you can find it on-line as a used book at Amazon.com. Better still you can read it on-line at:

The Internet Archive:
http://archive.org/details/fabiola00wise
or you can go to Google Books:
http://books.google.com/books/about/Fabiola_or_The_church_of_the_catacombs.html?id=f6B53lLcQuYC

For December and January we have decided to read a book we have long considered reading: Confessions, the autobiographical work of St. Augustine of Hippo, written between AD 397 and AD 398. The work consists of 13 books which outline Augustine's sinful youth and his conversion to Christianity. It is widely seen as the first Western autobiography ever written, and was an influential model for Christian writers throughout the following 1000 years of the Middle Ages. It is not a complete autobiography, as it was written in his early 40's, and he lived long afterwards, producing another important work (City of God); it does, nonetheless, provide an unbroken record of the development of his thought and is the most complete record of any single person from the 4th and 5th centuries.

We still haven't decided on a translation of Confessions nor have we decided how we will divide the book for December/January? Recommendations? 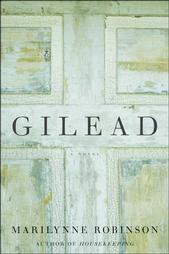 For February we will read another book that we have long been planning to read: Marilynne Robinson's highly acclaimed novel, Gilead which won the 2005 Pulitzer Prize for Fiction and was a 2004 National Book Critics Circle Winner. Gilead is the fictional autobiography of the Reverend John Ames, an elderly Congregationalist pastor in the small, secluded town of Gilead, Iowa who knows that he is dying of a heart condition. The novel begins in 1957 as the Reverend Ames explains that he is writing an account of his life for his seven-year-old son so his son will have memories of him after he is gone.

The story spans three generations from the Civil War to the twentieth century. It is a profound examination of the relationship of fathers and sons and the spiritual battles that still rage at America's heart. “Writing in the tradition of Emily Dickinson and Walt Whitman, Marilynne Robinson's beautiful, spare, and spiritual prose allows "even the faithless reader to feel the possibility of transcendent order" (Slate)”. The luminous and unforgettable voice of Congregationalist minister John Ames reveals the human condition and the often unbearable beauty of an ordinary life. The novel is available at Amazon.com.

"There is a great deal of difference between an eager man who wants to read a book and a tired man who wants a book to read. ~G.K. Chesterton


Preface
One of the mysteries of Loome Theological Booksellers is that from time to time old things of unknown origin come to light for no apparent reason-- yet with great significance.

Today is the feast day of Blessed John Henry Newman, which is currently a private feast to be celebrated only in Newman's diocese (Birmingham, England) and by those particular communities with special association to him. Loome Theological Booksellers is (unfortunately) not officially one of these particular communities, but we are Newman fans. It should also be said that since Newman was beatified (and assigned a feast day) only two years ago in 2010, Newman's feast day itself is still somewhat of a novelty. Newman died in 1890. 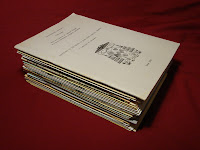 Earlier today, we were discussing how we could commemorate Blessed Newman's day with proper festivity, when shortly after one of our staff opened a box of unidentified papers that turned out to be twenty-four years of Newman newsletters from the International Centre of Newman Friends and The Friends of Cardinal Newman. The coincidences of this discovery go far beyond what we can describe here, but the papers are evidence of an enduring world-wide enthusiasm for John Henry Newman and the decades of dedicated effort that made Newman's beatification possible.

Here are some of our findings: 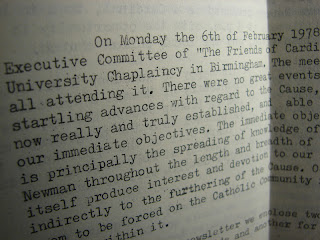 A letter from the Friends of Cardinal Newman (signed L. Govaert) from February 21, 1978:


"The meeting was a heartening one for all attending it. There were no great events to report, there were no startling advances with regard to the Cause, but everybody felt that we are now really and truly established, and able to see clearly what should be our immediate objectives...." 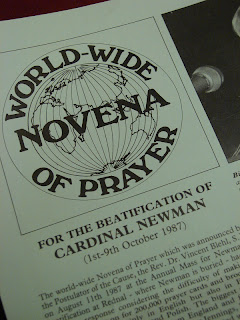 An encouragement to pray for Newman's beatification as part of an international nine-day prayer in 1987. 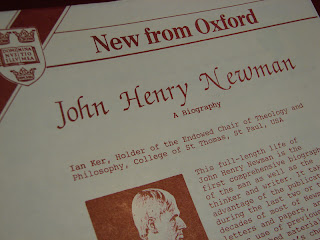 An advertisement for the first publication of Fr. Ker's definitive biography of John HenryNewman, 1988. 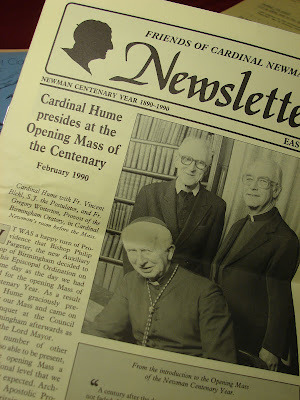 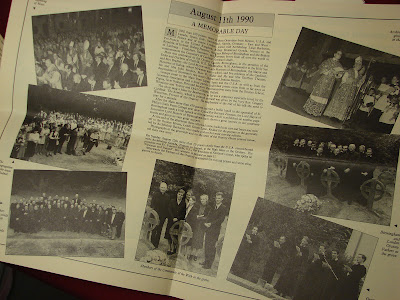 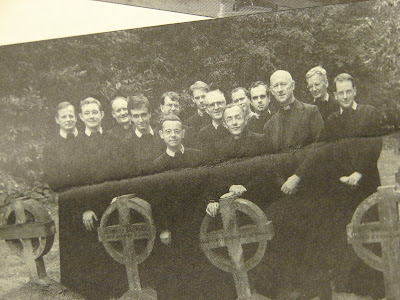 Some photographs from an academic symposium in Rome in 1990-- with some familiar faces: 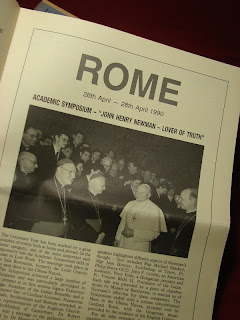 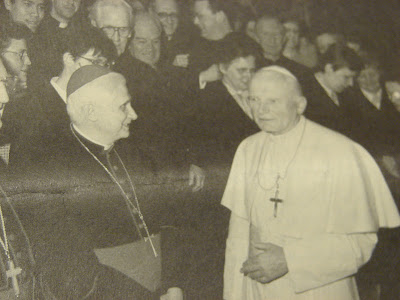 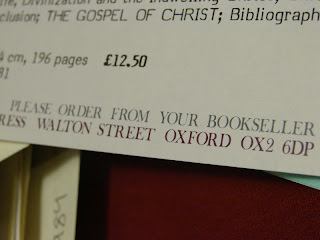 How do you move a book store?

﻿
The move is well underway! We have cleared some shelves and brought them to the farm, so now there is a place to put books when they arrive. We're still selling exclusively out of the old church-- and it's not too late to take advantage of the moving sale prices! 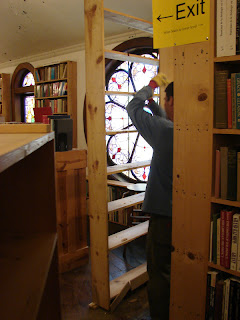